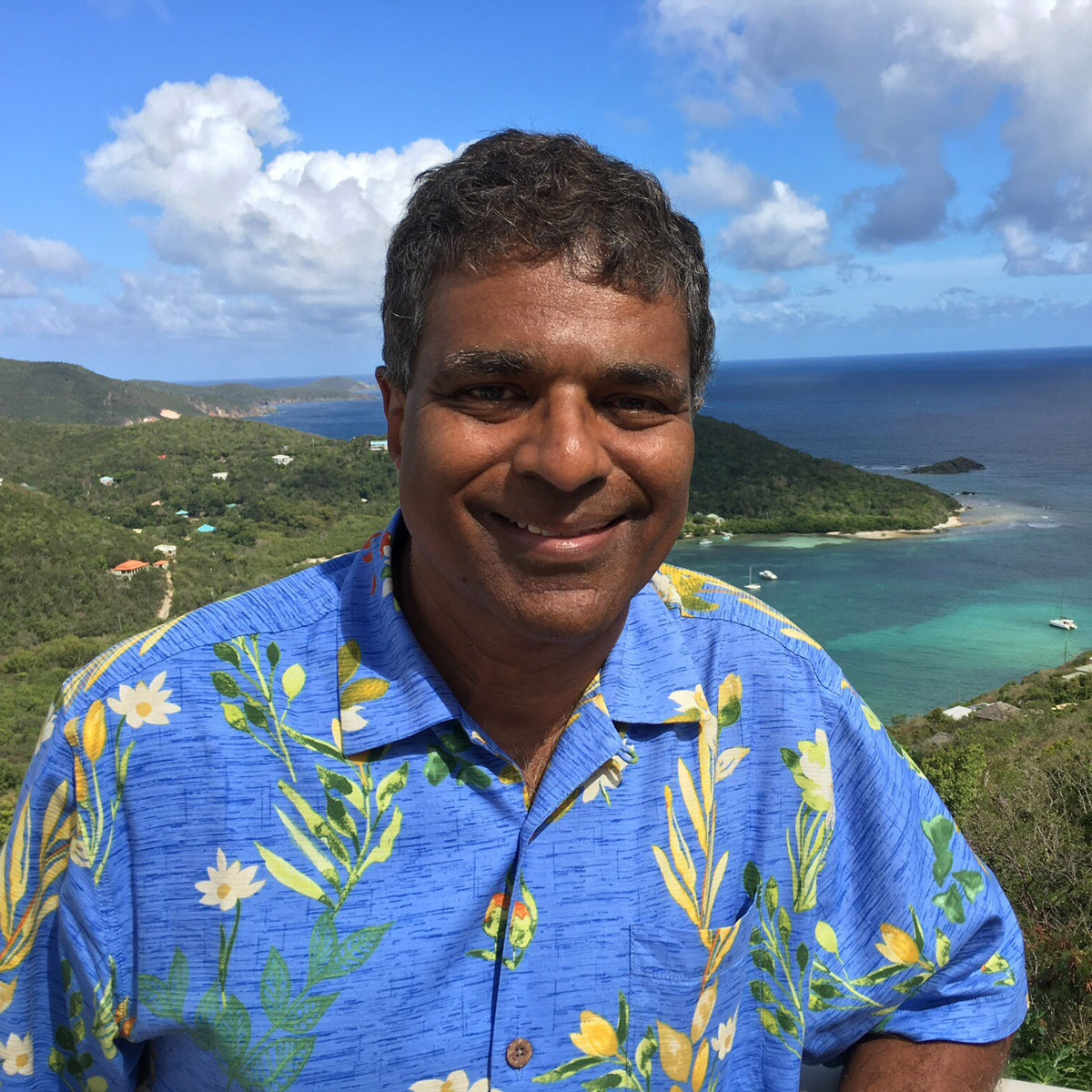 Harith Wickrema is an innovative educator, hospitality visionary and award-winning event producer who has been recognized internationally for sustainability and environmental responsibility over his 30+ year career, including president of Harith Productions, his global event production company. At Temple University’s School of Tourism and Hospitality Management, where Wickrema served on the Dean’s Council and has been a faculty member for more than a decade, he designed the university’s first ever sustainable/CSR event management curriculum. He also introduced the Green Initiatives Awards to recognize corporate sustainable leaders as well as encourage future leaders to champion environmental causes. In February 2015, Wickrema had the honor of being invited to speak on the subject of Peace through Tourism at the IIPT World Symposium on Sustainable and Peaceful Communities and Nations in South Africa, endorsed by Archbishop Desmond Tutu with Dr. Taleb Rifai, Secretary General, UN World Tourism Organization among the keynote speakers. As chief visionary officer at Eco Serendib Villa and Spa on St. John, Wickrema was included among Lodging’s Top Ten Hospitality Innovators in the area of Sustainability. Eco Serendib was created with the mission to give back to the community and protect the environment while providing a luxurious “edutaining” guest experience in harmony with nature. Eco Serendib is a showplace of luxury eco-conscious living with elements touching all areas: energy management, waste & water conservation, environmental purchasing, community engagement and design. Through the signature “Seed to Plate” experience, the onsite organic garden is custom-planted to guests’ specifications and harvest-ready upon their arrival. Guests receive lessons in green gardening with the resident horticulturist as well as healthy gourmet meal preparation instruction via chef demonstrations. Green contributions extend beyond the borders of retreat as well. To date, $45,000 has been funneled to conservation efforts on St. John. In addition to support of IGLA projects, in 2012 the Eco Serendib Beach Restoration Project was initiated in partnership with Friends of the VI National Park to plant indigenous trees at area beaches to lessen the carbon footprint while combating the devastating impact of erosion. Guests have the opportunity to become involved hands-on with the efforts through assisting with planting, cultivating and irrigation as well as tours and demonstrations. In January 2016, Wickrema was sworn in as vice-chairman of the Virgin Islands Waste Management Authority board. He is president of IGLA, trustee of the Green Meeting Industry Council Foundation (GMIC), among others, and is the former president of the ISES Foundation. As chairman of SITE’s Crystal Awards and Education Committee, Wickrema implemented sustainability as a key component in measuring and rewarding success in the incentive industry. He has been honored with 80+ awards/ nominations including GALA, ESPRIT, CRYSTAL, EIBTM, Motivation Master, Greenest Planner Award, Successful Meetings Super Six, Event Solutions International Event Planner of the Year Award and two-time Good Samaritan nominee.

Mark Lichtenstein is Chief of Staff, Chief Sustainability Officer, and teaches sustainability and regenerative strategies at the SUNY College of Environmental Science and Forestry (ESF). He is an associate in the Program for the Advancement of Research on Conflict and Collaboration at Syracuse University in New York State, led Syracuse’s Center for Sustainable Community Solutions and Environmental Finance Center, and served as an expert witness to the federal Environmental Finance Advisory Board.

Mark served eight terms as President/CEO, and is an honorary board member of the National Recycling Coalition (NRC). He co-founded and facilitated the Puerto Rico and Virgin Islands Recycling Partnerships, and has been engaged with sustainability efforts throughout the U.S., and in Belize, Brazil, British and US Virgin Islands, Canada, Guatemala, Honduras, Mexico, and Puerto Rico. He led a regional solid waste / recycling program in New York, and is the founder of Embrace Impatience Associates. Mark has an M.A. in Public Administration, a Graduate Certificate of Advanced Studies in Conflict Resolution, and a B.S. in Environmental Studies. 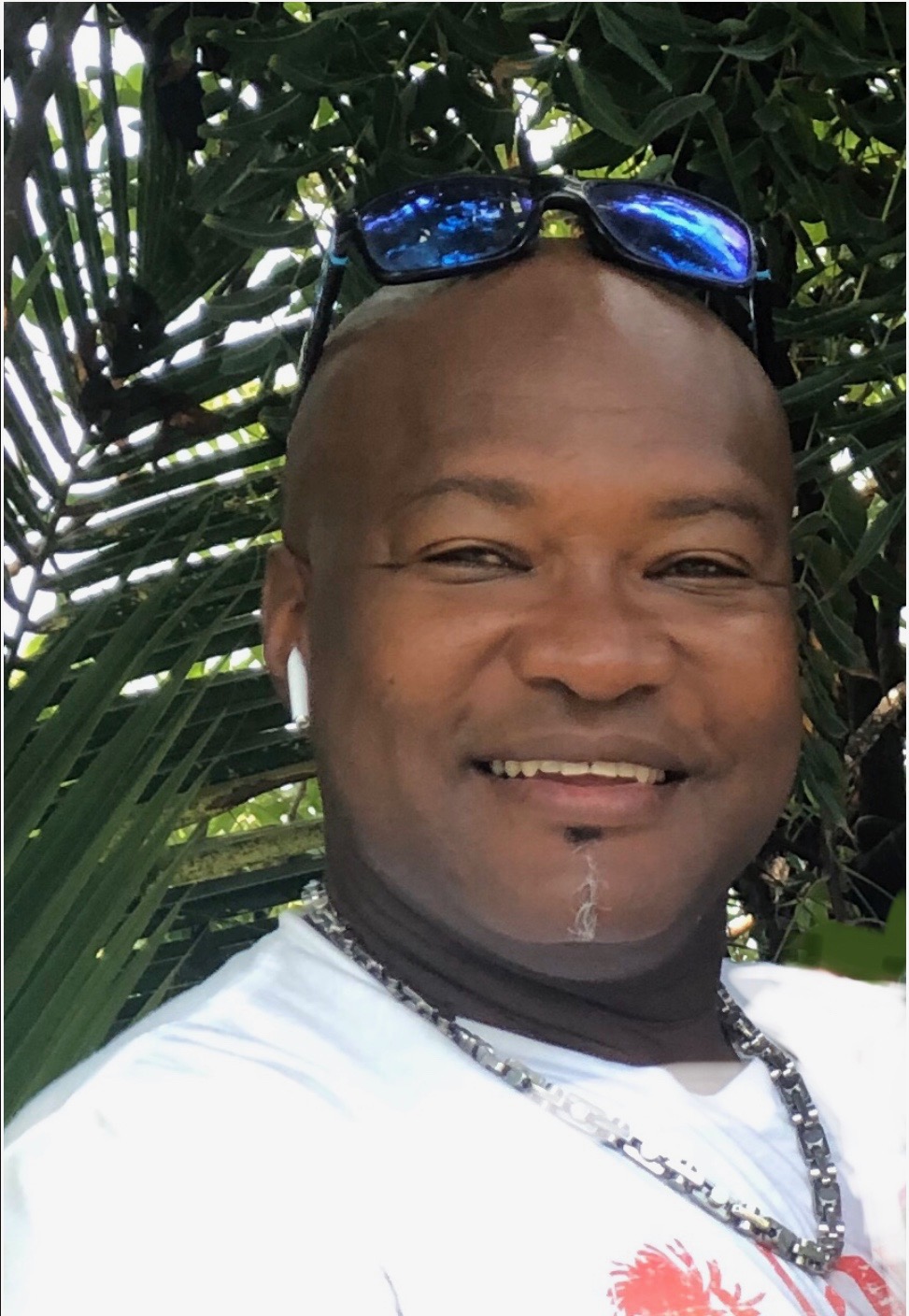 Curtis Penn has been integrally involved in the territory’s tourism and hospitality arenas for decades. His Caribbean Seashells Vacation Villas and Seashell Boat Charter are highly regarded and favorites of visitors to the islands. Penn served for 21 years with Caribbean Villas & Resorts and successfully started and sold several other businesses prior to focusing solely on these two companies. In addition to considerable business expertise, Penn is profoundly committed to sustainability and preserving the natural beauty of the territory. Penn co-produces and co-sponsors the Love City Live Culture & Art Festival St. John, and is a current board member of Friends of the Virgin Islands National Park. He is married and has four daughters. 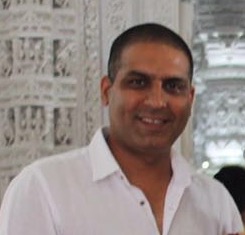 Akhil Deshwal is managing director at Gallows Point Resort, an oceanfront resort set on a five acre private peninsula near Cruz Bay on St. John. He joined as resident manager in 2003 and was promoted four years later. Deshwal also serves as president of Ocean 362, the restaurant at Gallows Point, a favorite of guests and locals alike. It boasts “island to table” fare that uses local, sustainably sourced ingredients.

Deshwal has an MBA from Johnson and Wales University. He serves as executive secretary of Island Green Living Association (IGLA). 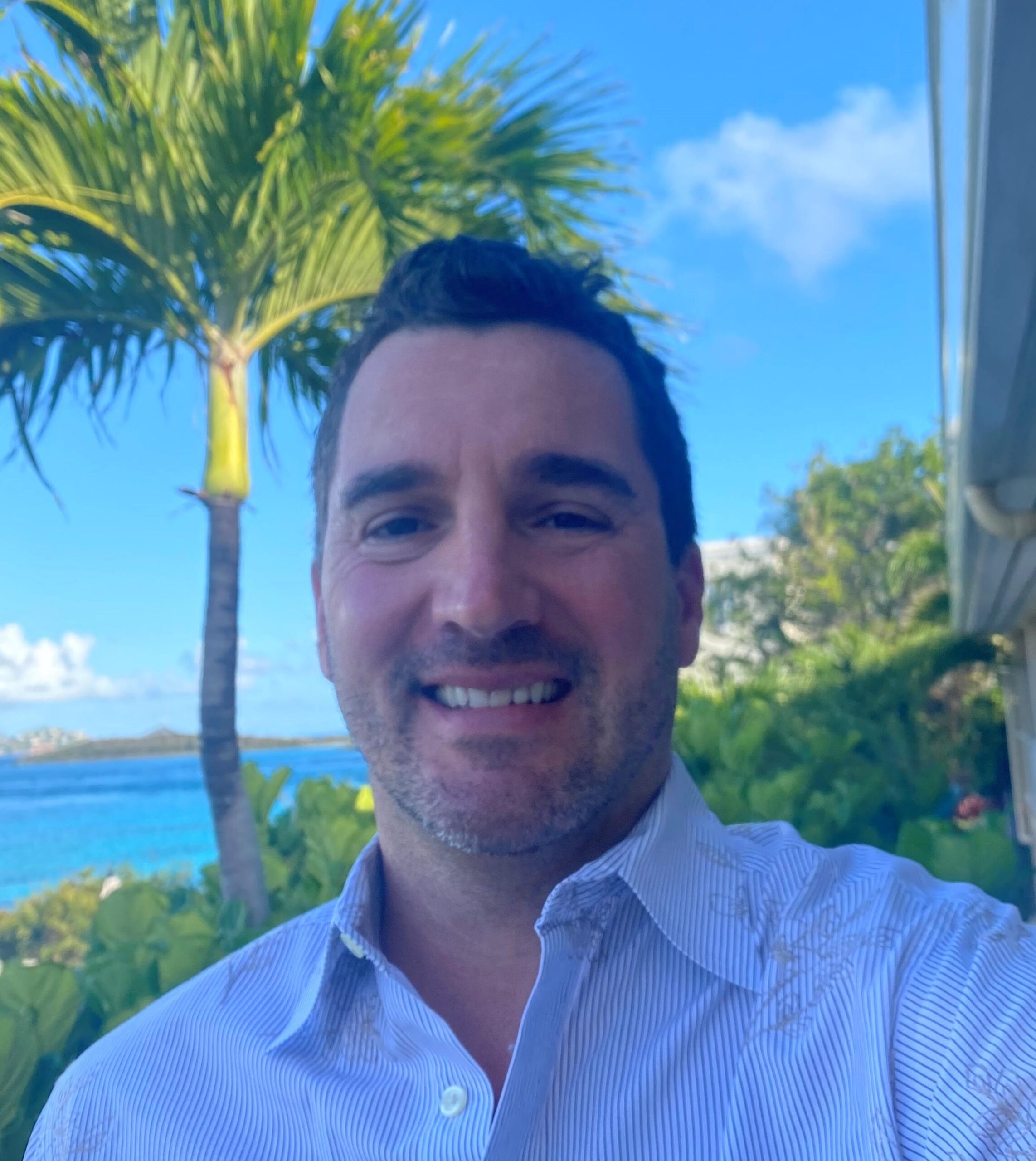 Goldsmith serves as outside general counsel to several institutions in the US and USVI, and chief operating officer and general counsel to RapierMed, LLC, a USVI financial services firm. He has broad experience in US and international deal structuring and overall business planning, governance, and crisis management. Goldsmith brings a unique perspective to Island Green on matters of waste reduction and disposal from his position as special counsel to the board of the US Virgin Islands Waste Management Authority and as outside general counsel to several US electric cooperatives, each of whom regularly address matters of integrating distributed power generation through rooftop solar and related renewables.

While in law school at the University of Alabama, Goldsmith was a member of the National Environmental Law Moot Court Team. He is a current board member for Elan Insurance Group, Inc. in the USVI. 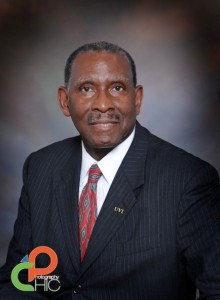 Dr. David Hall began his tenure as president of the University of the Virgin Islands in August 2009. At that same time he was also awarded a Distinguished Professorship of Spirituality and Professionalism at UVI. “My charge, as I see it, is to give this community the license to dream again, to believe in each other again, and to reach for the stars of greatness,” explained Dr. Hall.

Under Dr. Hall’s leadership, UVI has made important strides toward raising the image and position of the University. New academic programs, such as a Master of Arts in Counseling Psychology and a Bachelor of Business Administration in Hospitality and Tourism Management have been instituted. The University has also launched a new Caribbean Center for Green Technology, a Center for the Study of Spirituality and Professionalism, and an Institute for Leadership and Institutional Effectiveness. A recycling program has been implemented on both campuses as part of the UVI Goes Green initiative.

In November 2015, Dr. Hall was honored with the prestigious Thurgood Marshall College Fund’s (TMCF) Educational Leadership Award. During the same period, President Hall was honored with the U.S. Virgin Islands Hotel and Tourism Association’s (USVI-HTA) Award of Excellence for his role in creating the University’s Hospitality and Tourism Management Program and the tremendous strides he has taken for higher education. In May 2010, in recognition of his significant contributions to the legal field, Dr. Hall was awarded the honorary degree of Doctor of Laws from the New England School of Law in Boston, Massachusetts. He has been honored by the Massachusetts Black Lawyers Association as a Trailblazer. Dr. Hall was appointed by President George W. Bush to serve on the Legal Services Corporation Board of Directors.

His publications include works on civil rights, the U.S. Constitution and race, legal education, and social justice. He has authored a book on the intersection of law and spirituality, entitled “The Spiritual Revitalization of the Legal Profession: A Search for Sacred Rivers,” and lectures nationally on topics of social justice, leadership, diversity and spiritual values in professional life.

Born in Savannah, Georgia, Dr. Hall holds a bachelor’s degree from Kansas State University, where he was named an “All American” for his athletic and scholarly accomplishments. He received his doctor of jurisprudence (JD) from the University of Oklahoma, where he also earned a master’s degree in Human Relations. He holds both an LL.M. degree and a doctorate of juridical science (SJD) from Harvard Law School.

He is married to Dr. Marilyn Braithwaite-Hall, and is the father of three children: Rahsaan, Sakile and Kiamsha. He serves on the board of Island Green Living Association (IGLA). 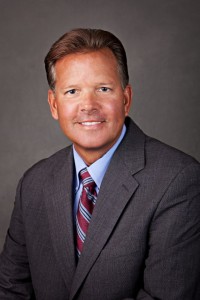 Jim Dobrowolski is the founder, President and CEO of U.S.Facilities Inc., headquartered in Philadelphia, PA. USF is a leading provider of Facilities Management Services and Infrastructure Support services to a wide range of clients throughout the United States, Caribbean and Puerto Rico.

In 2007 Jim acquired Dr.Cool Inc., the leading Mechanical Services provider to the St. John Community and in 2015 merged Dr.Cool as a subsidiary of U.S. Facilities. Dr.Cool now has offices on both St. John and St. Thomas and is expanding its service offerings throughout the region. www.usfacilities.com ; www.drcool.com

Dobrowolski serves on the board of Island Green Living Association (IGLA). 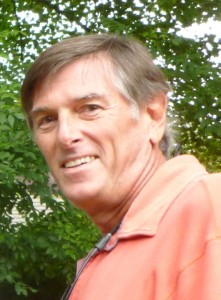 Rob Crane is a founding board member of Island Green Living Association and former president of the organization. He currently serves as treasurer. Crane is dedicated to green building and sustainable living. He is a registered architect in Washington D.C., Massachusetts and the Virgin Islands.

Crane came to St. John in 1986 for a six-month leave of absence to build an addition to his sister’s house and never went back. He fell in love with St. John and has built his life around the preservation of its natural beauty.

In addition to IGLA, Crane has served on the St. John Community Foundation board since just after its inception. 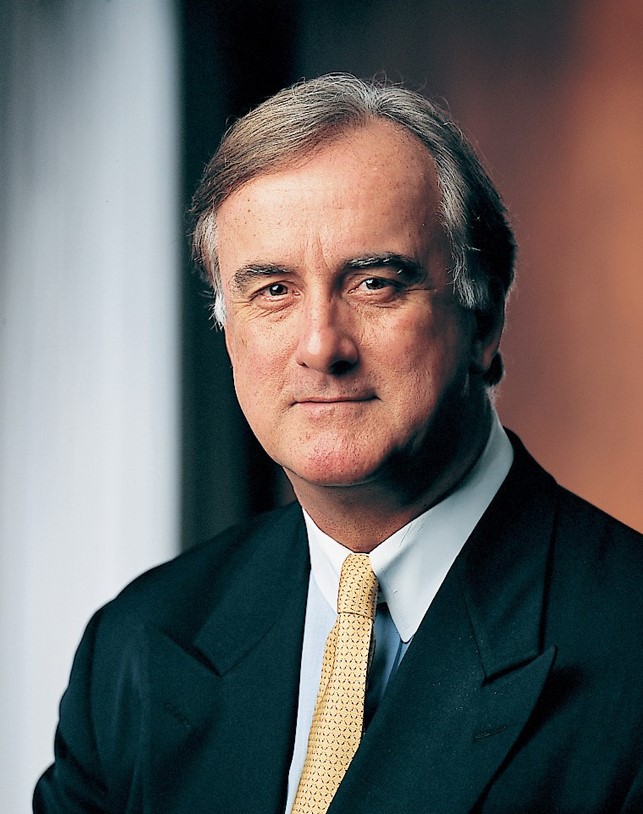 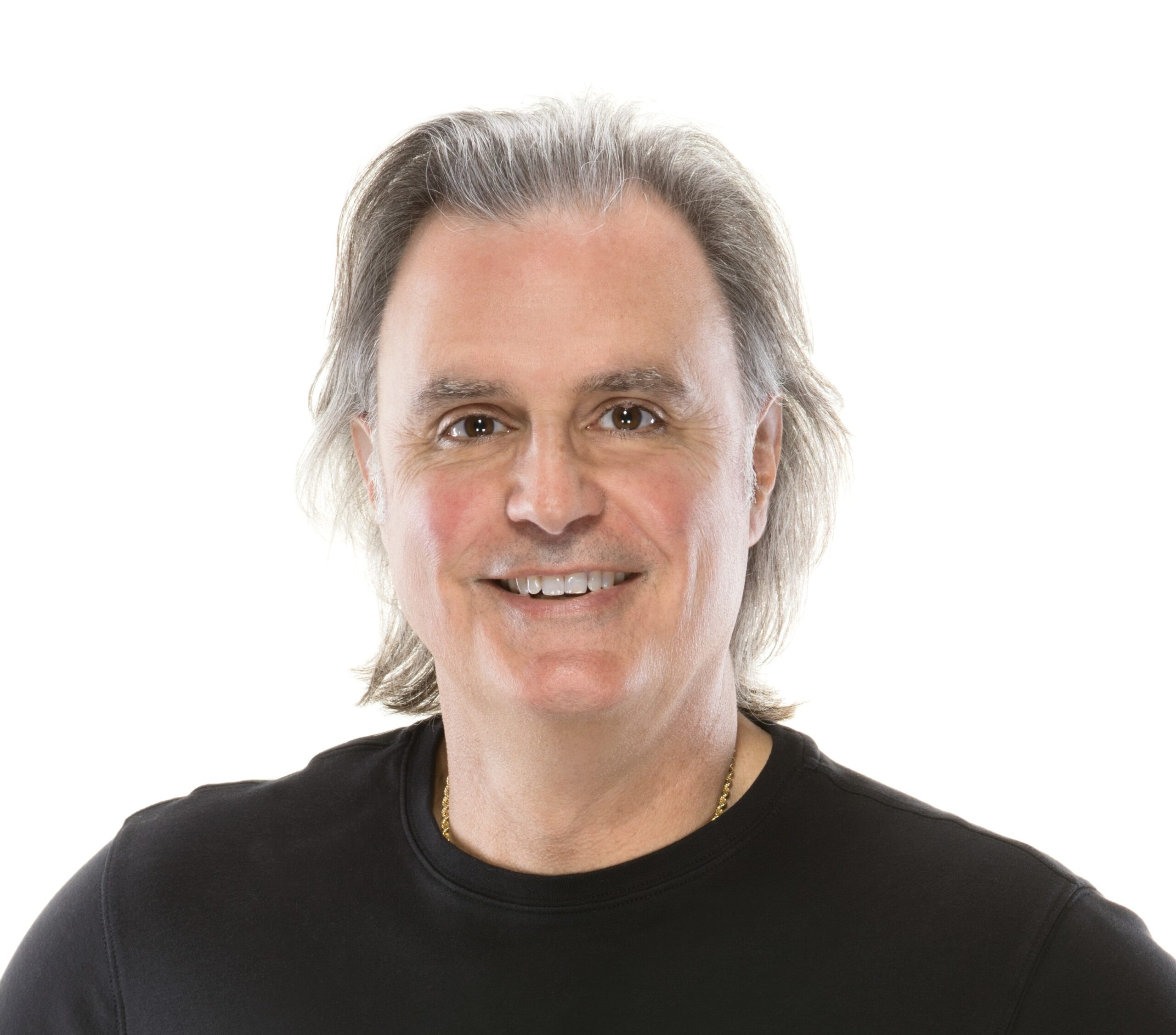 Camrud has a Master’s Degree in International Marketing and more than 35 years of experience in brand management and market research. Camrud founded The Link Group, a top 50 US market research organization, in 1994. Prior to that, he worked as a brand manager at Procter & Gamble.

Camrud has demonstrated a long term commitment to sustainability through his support of Island Green on St. John and environmental focused organizations throughout the US. He is a lead supporter of the Solarize St. John, Solarize St. Thomas and Share the Sun St. Thomas programs, which subsidize home solar panel and battery back-up installations. He also owns personal properties in Sarasota, FL, Raleigh-Durham, NC and St. John USVI, which operate near net zero carbon emissions. 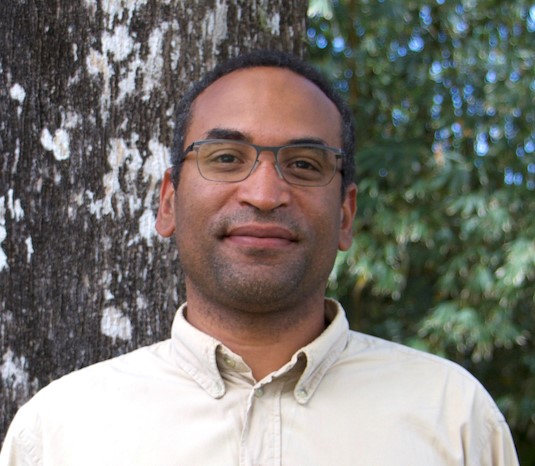 As director of CGTC at the University of the Virgin Islands, Guannel leads the organization and its mission to enhance the resilience and sustainable development of the U.S. Virgin Islands by working on applied research projects, and providing subject matter expertise and thought leadership on topics related to civil infrastructure resilience, renewable energy technology and policy, sustainable material management and water resources management. Originally from the Caribbean, Guannel has a M.S. in Civil Engineering from the Ecole Supérieure des Travaux Publics (Paris), a M.S. in Ocean and Coastal Engineering from Texas A&M University, and a Ph.D. in Civil Engineering from Oregon State University.